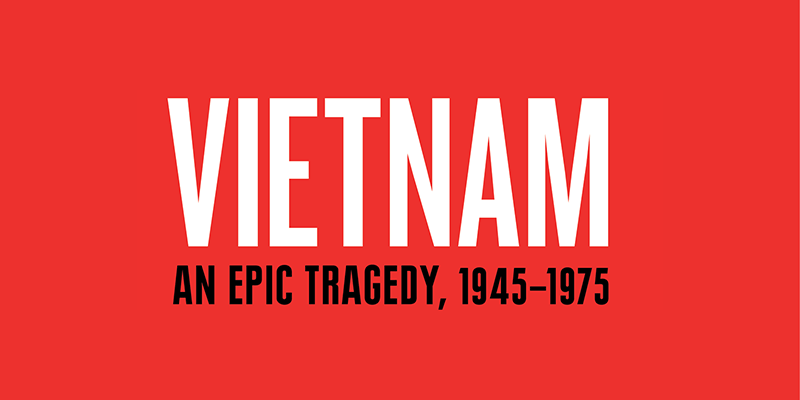 Vietnam became the Western world’s most divisive conflict since the Second World War, first creating a humiliation for France in 1954, then a vastly greater one for the United States in 1975.

Max has spent the past three years interviewing scores of participants from both sides in Vietnam and the United States, as well as researching a multitude of American, Vietnamese and French sources, to create an epic narrative of an epic struggle.

Here are the set pieces of Dienbienphu, the 1968 Tet offensive, the US air blitz of North Vietnam and the big battles of the 1970s; but also lesser-known miniatures such as the story of Daido, which almost destroyed an American Marine battalion, and the enigma of Senator Bob Kerrey, the disabled hero awarded a Medal of Honor, who was long afterwards found to have led a SEAL team to annihilate the people of a Vietnamese hamlet.
But a key focus of Max’s book is its emphasis on the matching blunders and atrocities committed by the communists, which he argues have received far less attention than they deserve.  While all the world has seen the images of a screaming, naked girl scarred by napalm; the Vietcong prisoner executed by a Saigon police chief; countless eviscerations, beheadings and murders carried out by Ho Chi Minh’s supporters are almost forgotten by history.  The people of North Vietnam paid a terrible price for communist rule in starvation, privation and oppression, while those of the South endured the unwilling experience of becoming a 30-year battlefield.  Many books about the war portray Vietnam as a US tragedy, yet Max portrays it as an overwhelmingly Vietnamese one, in which forty local people died for every American.          Here is vivid testimony from NVA soldiers, Southern paratroopers, Saigon bargirls and Hanoi students alongside that of infantrymen from South Dakota, Marines from North Carolina, bomber pilots from Arkansas, prisoners from Nevada.
No recent book on Vietnam has sought to bring together in a single volume the political and military narrative with hundreds of human stories of men and women, fighters and victims, in the style that readers of Max’s books around the world know so well.  He himself worked as a BBC TV reporter in Vietnam during the war, met President Lyndon Johnson at the White House in 1968, and finally came out of Saigon with the May 1975 final helicopter evacuation- experiences that inform his descriptions of the sweat-soaked paddies and jungles where a million rival combatants fought, and two million Vietnamese died.
He argues: neither side deserved to win this struggle, in which Washington’s policy was driven overwhelmingly by the perceived imperatives of US domestic and foreign policy, not the interests of the Vietnamese people; and communist ideology extracted a brutal price while the war went on, and an even more cruel toll upon the nation after Hanoi triumphed in 1975.  It is unlikely that America could ever have won the Vietnam war, because it sought to use military might as a substitute for credible political, social and cultural policies.   But every reader will be able to make up their own mind, after putting down a narrative that marshals massive evidence and testimony from both sides, to create an extraordinary historical record.