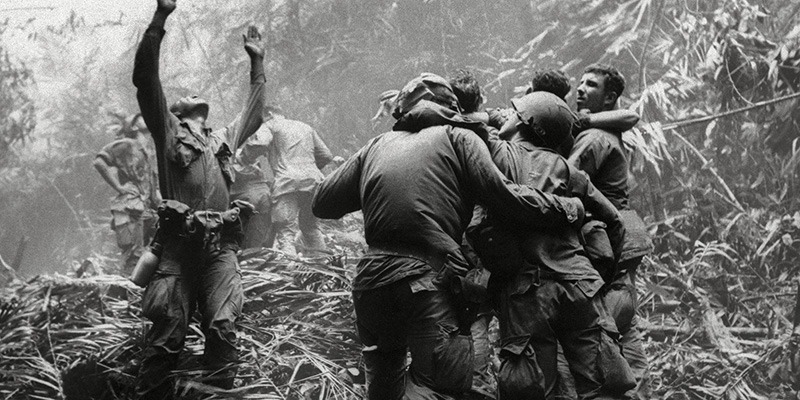 ‘A characteristically brilliant, monumental work that masterfully presents the political, cultural, military and social factors that produced the most divisive and disastrous conflict in American history.  Hastings synthesizes innumerable sources, including many from North Vietnam, that, in an unflinching, clear-eyed manner capture the brutality of both sides in this war, as well as the heroism and ineptitude, the public confidence and inner doubts that resulted in the tragedy that was Vietnam – a war that Hastings implies neither side deserved to win’
General David Petraeus

‘I believe the book will become the “bible” for anyone who wants to understand the war’
General Walt Boomer, US Marine Vietnam Veteran

‘Max Hastings has done it again. This book is a tour de force, a deft, engrossing, and admirably fair-minded chronicle of the three-decades-long struggle for Vietnam. It’s narrative history at its very finest’
Fredrik Logevall, Harvard University, Pulitzer Prize-winning author of Embers of War: The Fall of an Empire and the Making of America’s Vietnam

‘The author brings his usual brilliant descriptive skills to the action, mixing individual anecdotes with big-picture considerations … The sole satisfying outcome of two recent American interventions in poor nations with incompetent governments is likely to be more superb histories by Hastings. A definitive history, gripping from start to finish but relentlessly disturbing’
Kirkus, starred review