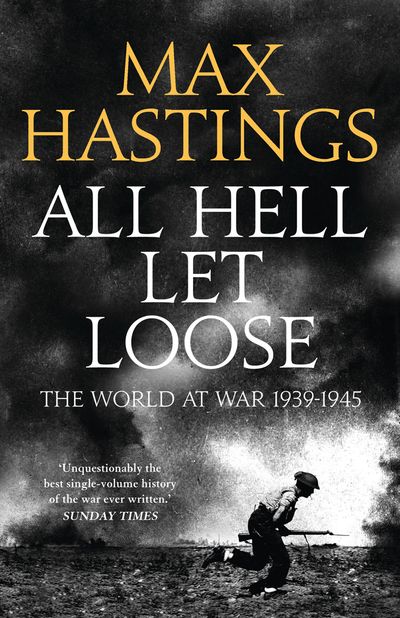 A magisterial history of the greatest and most terrible event in history, from one of the finest historians of the Second World War. A book which shows the impact of war upon hundreds of millions of people around the world- soldiers, sailors and airmen; housewives, farm workers and children.

The author emphasises the Russian front, where more than 90% of all German soldiers who perished met their fate. He argues that, while Hitler’s army often fought its battles brilliantly well, the Nazis conducted their war effort with ‘stunning incompetence’. He suggests that the Royal Navy and US Navy were their countries’ outstanding fighting services, while the industrial contribution of the United States was much more important to allied victory than that of the US Army.

‘The cliché is profoundly true’, he says. ‘The world between 1939 and 1945 saw some human beings plumb the depths of baseness, while others scaled the heights of courage and nobility’. This is ‘everyman’s story’, an attempt to answer the question: ‘What was the Second World War like ?’, and also an overview of the big picture. Max Hastings employs the technique which has made many of his previous books best-sellers, combining top-down analysis and bottom-up testimony to explore the meaning of this vast conflict both for its participants and for posterity.

Author: Max Hastings
Format: Hardback
Release Date: 29/09/2011
Pages: 768
ISBN: 978-0-00-733809-2
Max Hastings is the author of twenty-six books, most about conflict, and between 1986 and 2002 served as editor-in-chief of the Daily Telegraph, then editor of the Evening Standard. He has won many prizes both for journalism and his books, of which the most recent are All Hell Let Loose, Catastrophe and The Secret War, best-sellers translated around the world. He is a fellow of the Royal Society of Literature, an Honorary Fellow of King’s College, London and was knighted in 2002. He has two grown-up children, Charlotte and Harry, and lives with his wife Penny in West Berkshire, where they garden enthusiastically.

A magisterial history of the greatest and most terrible event in history, from one of the finest historians of the Second World War. A book which shows the impact of war upon hundreds of millions of people around the world- soldiers, sailors and airmen; housewives, farm workers and children.