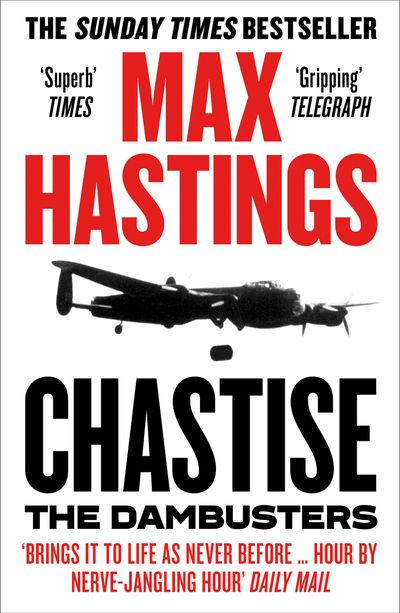 Max Hastings tells the gripping story of the Dambusters raid, from the invention of the bouncing bomb to the moonlit cockpits of young pilots flying at treetop height through lethal enemy fire. But Hastings also challenges what we think we know about the Dambusters, bringing to light the difficult truths that have often been left out of the legend.

‘Superb … The heroes shine, but their achievement haunts’ Times

‘A virtuoso performance from a veteran military historian. It is a white-knuckle narrative that brings clarity and insight to a much-loved tale, as well as offering a vital corrective to the drum-thumping conclusions of earlier books’ Sunday Times

Author: Max Hastings
Format: Paperback
Release Date: 14/05/2020
Pages: 400
ISBN: 978-0-00-828056-7
Max Hastings is the author of twenty-six books, most about conflict, and between 1986 and 2002 served as editor-in-chief of the Daily Telegraph, then editor of the Evening Standard. He has won many prizes both for journalism and his books, of which the most recent are All Hell Let Loose, Catastrophe and The Secret War, best-sellers translated around the world. He is a fellow of the Royal Society of Literature, an Honorary Fellow of King’s College, London and was knighted in 2002. He has two grown-up children, Charlotte and Harry, and lives with his wife Penny in West Berkshire, where they garden enthusiastically.