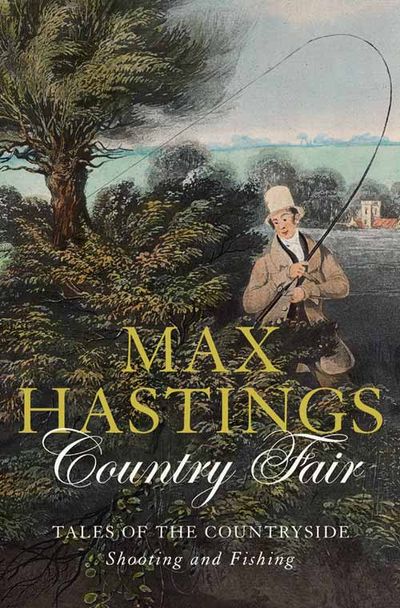 Country Fair: Tales of the Countryside, Shooting and Fishing

A new collection of rural writings celebrating the pleasures of the country life – in particular fishing and shooting – by the eminent military historian and former editor of the Daily Telegraph, Max Hastings.

Max Hastings is known as a best-selling author of military histories (The Battle of the Falklands, Bomber Command, Armageddon, etc.) and as a former editor of the Daily Telegraph and Evening Standard, but his first loves are the countryside and its pursuits.

Whether walking up grouse in Scotland, tramping through snipe bogs in Ireland or catching salmon on the Tweed, this collection of articles and essays will delight all those who share his passions.

There are also trenchant essays on some of the big issues facing Britain’s’ rural areas: intensive farming, gun ownership, access to the countryside and, of course, the controversial issue of fox hunting.

Author: Max Hastings
Format: Hardback
Release Date: 17/10/2005
Pages: 288
ISBN: 978-0-00-719886-3
Max Hastings is the author of twenty-six books, most about conflict, and between 1986 and 2002 served as editor-in-chief of the Daily Telegraph, then editor of the Evening Standard. He has won many prizes both for journalism and his books, of which the most recent are All Hell Let Loose, Catastrophe and The Secret War, best-sellers translated around the world. He is a fellow of the Royal Society of Literature, an Honorary Fellow of King’s College, London and was knighted in 2002. He has two grown-up children, Charlotte and Harry, and lives with his wife Penny in West Berkshire, where they garden enthusiastically.

Country Fair: Tales of the Countryside, Shooting and Fishing

A new collection of rural writings celebrating the pleasures of the country life – in particular fishing and shooting – by the eminent military historian and former editor of the Daily Telegraph, Max Hastings.