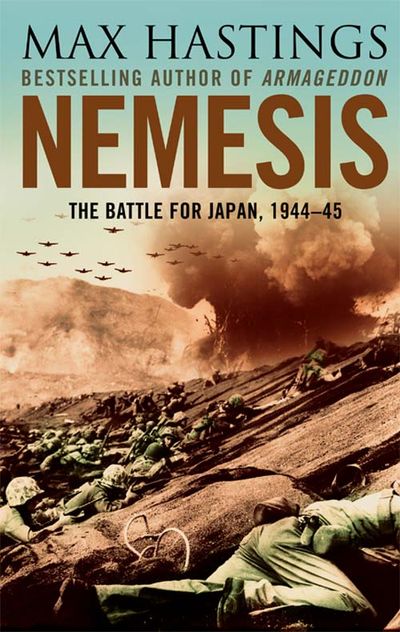 A masterly narrative history of the climactic battles of the Second World War, and companion volume to his bestselling ‘Armageddon’, by the pre-eminent military historian Max Hastings.

The battle for Japan that ended many months after the battle for Europe involved enormous naval, military and air operations from the borders of India to the most distant regions of China. There is no finer chronicler of these events than the great military historian Max Hastings, whose gripping account explores not just the global strategic objectives of the USA, Japan and Britain but also the first-hand experiences of the airmen, sailors and soldiers of all the countries who participated in the Far East and the war in the Pacific.

The big moments in the story are chosen to reflect a wide variety of human experience: the great naval battle of Leyte Gulf; the under-reported war in China; the re-conquest of Burma by the British Army under General Slim; MacArthur’s follies in the Philippines; the Marines on Iwo Jima and Okinawa; LeMay’s fire-raising Super-fortress assaults on Japan; the atomic bombs on Hiroshima and Nagasaki; the kamikaze pilots of Japan; the almost unknown Soviet blitzkrieg in Manchuria in the last days of the war, as Stalin hastened to gather the spoils; and the terrible final acts across Japanese-occupied Asia.

This is classic, epic history – both in the content and the manner of telling.

Author: Max Hastings
Format: Hardback
Release Date: 01/10/2007
Pages: 704
ISBN: 978-0-00-721982-7
Max Hastings is the author of twenty-six books, most about conflict, and between 1986 and 2002 served as editor-in-chief of the Daily Telegraph, then editor of the Evening Standard. He has won many prizes both for journalism and his books, of which the most recent are All Hell Let Loose, Catastrophe and The Secret War, best-sellers translated around the world. He is a fellow of the Royal Society of Literature, an Honorary Fellow of King’s College, London and was knighted in 2002. He has two grown-up children, Charlotte and Harry, and lives with his wife Penny in West Berkshire, where they garden enthusiastically.

A masterly narrative history of the climactic battles of the Second World War, and companion volume to his bestselling ‘Armageddon’, by the pre-eminent military historian Max Hastings.