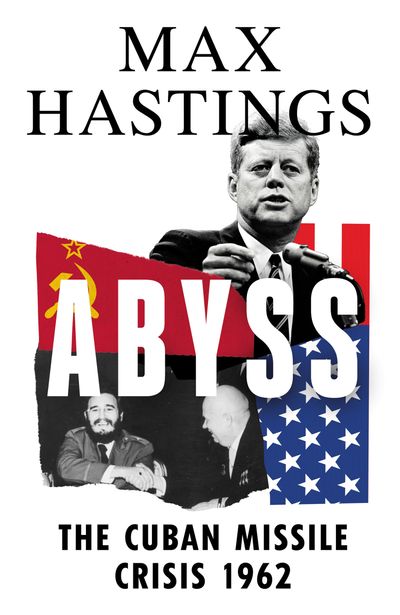 A Times History Book of the Year 2022

The 1962 Cuban Missile Crisis was the most perilous event in history, when mankind faced a looming nuclear collision between the United States and Soviet Union. During those weeks, the world gazed into the abyss of potential annihilation.

Hastings began researching this book believing that he was exploring a past event from twentieth century history. He is as shocked as are millions of us around the world, to discover that the rape of Ukraine gives this narrative a hitherto unimaginable twenty-first century immediacy. We may be witnessing the onset of a new Cold War between nuclear-armed superpowers.

To contend with today’s threat, which Hastings fears will prove enduring, it is critical to understand how, sixty years ago, the world survived its last glimpse into the abyss. Only by fearing the worst, he argues, can our leaders hope to secure the survival of the planet.

Author: Max Hastings
Format: Hardback
Release Date: 29 Sep 2022
Pages: 576
ISBN: 978-0-00-836499-1
Max Hastings is the author of thirty books, most about conflict, and between 1986 and 2002 served as editor-in-chief of the Daily Telegraph, then editor of the Evening Standard. He has won many prizes both for journalism and his books, of which the most recent are All Hell Let Loose, Catastrophe and The Secret War, bestsellers translated around the world. He is a fellow of the Royal Society of Literature, an Honorary Fellow of King’s College, London and was knighted in 2002. He has two grown-up children, Charlotte and Harry, and lives with his wife Penny in West Berkshire, where they garden enthusiastically.

”'A brilliant, beautifully constructed and thrilling reassessment of the most perilous moment in history” - Daily Telegraph

”'Frightening but hopelessly addictive” - The Times

”'Deeply researched, incisively intelligent and compulsively readable. Abyss is as tight and smart account as any account and will earn pride of place even on a shelf already packed with books about the crisis” - TLS

”'Hastings lays bare, with chilling clarity, the ease with which political theatre and bluster could well have escalated into a scenario of mutually assured destruction” - Observer