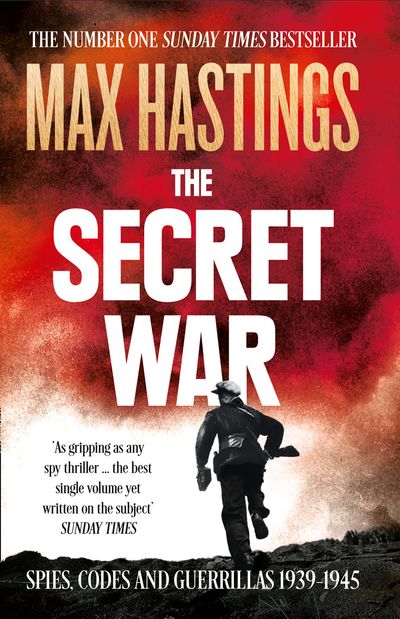 In The Secret War, Max Hastings presents a worldwide cast of characters and extraordinary sagas of intelligence and Resistance to create a new perspective on the greatest conflict in history. The book links tales of high courage ashore, at sea and in the air to the work of the brilliant ‘boffins’ battling the enemy’s technology. Here are not only the unheralded codebreaking geniuses of Bletchley Park, but also their German counterparts who achieved their own triumphs and the fabulous espionage networks created, and so often spurned, by the Soviet Union. With its stories of high policy and human drama, the book has been acclaimed as the best history of the secret war ever written.

Author: Max Hastings
Format: Paperback
Release Date: 05/05/2016
Pages: 640
ISBN: 978-0-00-750390-2
Max Hastings is the author of twenty-six books, most about conflict, and between 1986 and 2002 served as editor-in-chief of the Daily Telegraph, then editor of the Evening Standard. He has won many prizes both for journalism and his books, of which the most recent are All Hell Let Loose, Catastrophe and The Secret War, best-sellers translated around the world. He is a fellow of the Royal Society of Literature, an Honorary Fellow of King’s College, London and was knighted in 2002. He has two grown-up children, Charlotte and Harry, and lives with his wife Penny in West Berkshire, where they garden enthusiastically.